The 2022 TBF District 6 National Semi Finals Tournament was held in Eufaula, Oklahoma on Lake Eufaula on Saturday and Sunday, June 11th and 12th.  If you like fishing a muddy lake with rising waters …

Anglers and co-anglers will be fishing for a spot in the TBF National Semi-Finals tournament to be held at Oklahoma’s Lake Eufaula June 11-12. Greers Ferry Lake – Launching from Hill Creek Marina Qualifier #2 …

It was tough sledding on Lake Chicot for the 20 boaters and 15 Non-boaters. Congratulations to Floyd Davis for the Boater win and Wren Alexander for the Non-Boater win. Boater Big Bass 4.40lbs John Carroll …

Pre-Tournament Rules and Pairings meeting will be held the evening prior to the event.

Still working on permits. Ramps will be announced asap.

80 anglers, made of representatives from Arkansas and Oklahoma, converged on Millwood Lake, in southwest Arkansas, the weekend of June 19 & 20 to compete in The Bass Federation District 6 National Semifinal tournament.

The angler were competing for 4 spots in The Bass Federation National Championship tournament next spring. 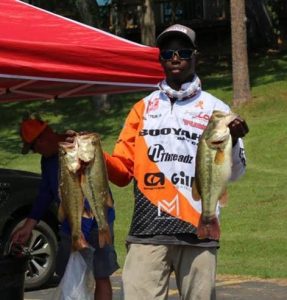 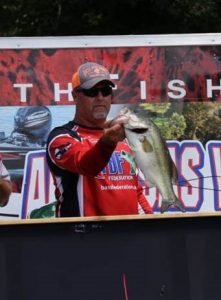 Stephen Tyson Jr and Jeff Stephenson will be representing Arkansas next spring in the TBF National Championship.

Congratulations to Tray Huddleston (Boater) and Ray Dotson (Non-Boater) on their win. 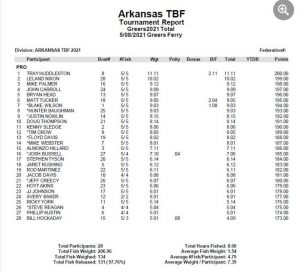 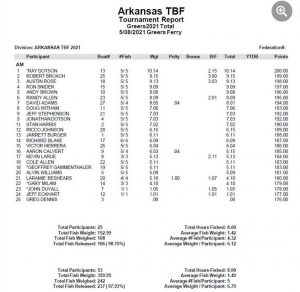